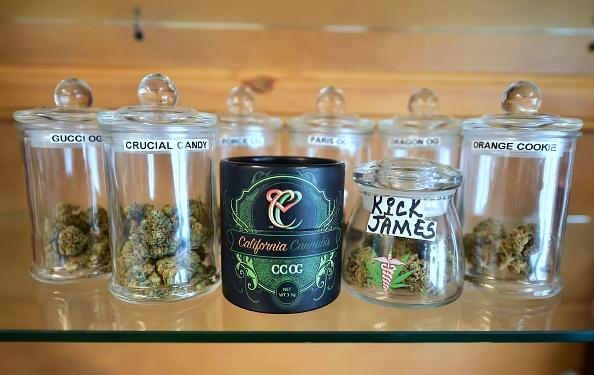 CORE will also waive certain start-up fees for women and people of color entering the business, and fast-track permits and approval processes.

“The intent of the program is to really promote and establish some equity within the cannabis industry,” Joe Devlin, Sacramento’s cannabis policy chief, told FOX40. “We just wanna make sure opportunities for ownership are across multiple sectors.”
By Paul Leblanc On 7/2/18 at 12:22 PM

New safety laws and regulations took effect in California’s marijuana dispensaries Sunday six months after the drug was legalized statewide. Now, all cannabis products sold in California must pass new testing for chemicals, pesticides and foreign materials, according to the California Bureau of Cannabis Control.

“These regulations are very necessary for consumer protections, environmental protection and public safety protections, so they are good and we support them,” Kimberly Cargile, executive director of A Therapeutic Alternative told the Sacramento Bee. “However it’s more difficult to operate within a regulated market and more difficult than we anticipated.”

Recreational cannabis has been legal in California since January. In that time, dispensaries were permitted to sell marijuana that didn’t meet the new standards put into place Sunday. Because of this, dispensaries across the state offered the now non-compliant cannabis at large discounts in an effort to avoid government fines for selling products that don’t comply with the new regulations.

“It’s about getting rid of a lot of older product that doesn’t meet city and state requirements and getting through that old inventory and moving on to the next steps after July 1,”  Nick Danias, manager of the Pottery cannabis dispensary in Los Angeles, told Reuters.

But now that the new regulations are in place, changes are on the horizon for both cannabis consumers and dispensaries, at least initially.

“It will put some strain on the individual businesses but I think it will be better for the consumer,” Morgan Fox, a spokesman for the National Cannabis Industry Association, told Newsweek Monday. “Initially there may be some increases in prices on the consumer end but I think that will level out.”

While the cannabis market in California was hyped as an innovative way to bring money into the state, sales at dispensaries in February were just $339 million, according to NBC News, well below the state’s projections.

“This is a very dynamic situation,” Rosalie Liccardo Pacula, director of the BING Center for Health Economics and co-director of the Drug Policy Research Center at RAND Corporation, told NBC News of the early conclusions drawn about the recreational drug market in California. “It is just far too early to make decisive comments on performance.”