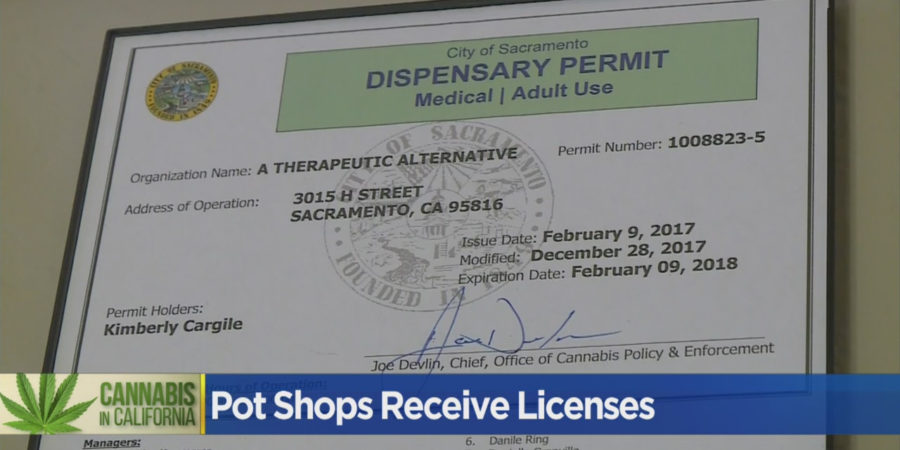 A Therapeutic Alternative at 3015 H Street in Sacramento got the word after 6 p.m. on Friday and wasted no time proudly displaying its new state license.

“We were relieved. We’ve been checking every hour on the hour for the last week “ said executive director, Kimberly Cargile.

Preparation for recreational sales has been ongoing for months. The dispensary added new rooms, cameras, entrances, security, and a barcode system to separate and accommodate the new adult-use side of the business.

“The final set of regulations didn’t come out until November, so we had a limited amount of time to do a number of upgrades required by state law,” Cargile said.

Dispensaries are preparing for product changes as well from childproof packaging to lower dosages in edibles. But it’s an extra 15 percent state tax that has many current medical customers concerned.

“You’re going to do the best we can to try and cover the cost and not have to pass that on,” Cargile said.

Many dispensaries are seeing an increase in traffic now as customers stock up before the changes on Jan. 1.

City and state officials are working overtime on applications. Late Friday, the city had approved 10 dispensary applications, sending them on for state approval. State officials say they will be working through the weekend to issue licenses to as many as possible ahead of Monday.