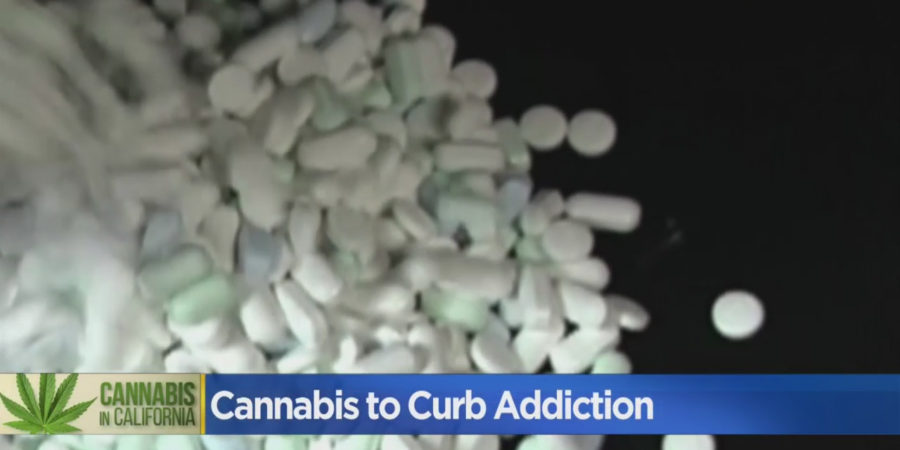 SACRAMENTO (CBS13) — “I was on eight Vicodin a day,” said Triska Millia, a recovering opioid addict.

For millions of Americans, pain pills have consumed their lives.

“I had drug tremors. I had sweats, I don’t think I was any different than a heroin addict,” said Millia.

In states like California with legal marijuana, there is another option, cannabis.

“One of the top reasons patients are using cannabis is to reduce their use of other pharmaceuticals including opioid,” said Kimberley Cargile of A Therapeutic Alternative.

Parts of the cannabis plant are known to ease pain and decrease inflammation. It’s being used in creams and oils for treatments.

But what about people already addicted. How can they get off the pills?

“The goal number one here is to come up with something which will be a much safer alternative to what is available today,” said George Anastassov of Axim Biotechnologies.

He says right now other opiates are used as substitutes to get people off opiates. He says there is a better way.

“Cannabinoids have a lot to offer in the field of pain and inflammation,” said Anastassov, “it’s just a question of which one and what form of delivery it should be presented.”

His company is combining low doses of opiates with a cannabis extract. The mixture is then put in chewing gum form.

“We do believe that the chewing gum is one of the most efficient ways to deliver an active pharmaceutical ingredient,” said Anastassov.

Because the gum is a compound, if approved by the FDA, it could end up on pharmacy shelves in any state no matter its marijuana laws.

“There is a difference in a pharmaceutical product and what is being called today a “medical marijuana” product,” said Anastassov.

His products likely won’t make the final step of the FDA process for two to three years. On average, it takes 10 years and $2.5 billion to take a drug to market.

Source: Solution To Opioid Epidemic May Come From Cannabis